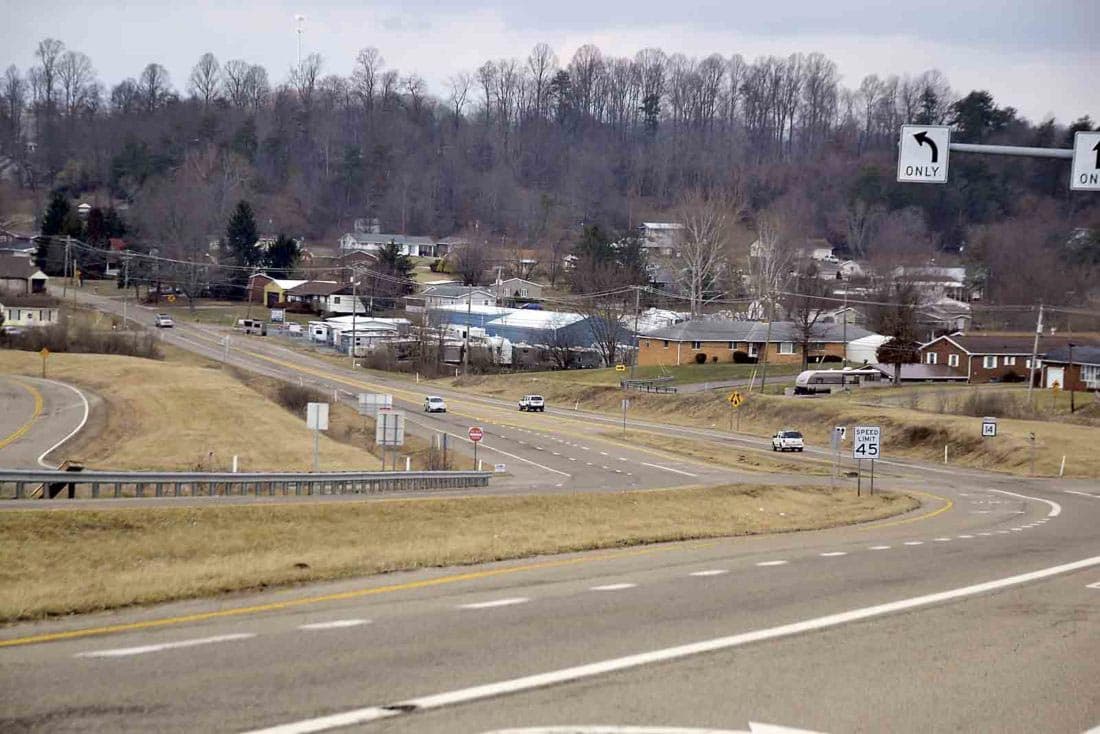 If so granted, it means Wood County would get federal support, including funding, to help combat drug abuse and trafficking.

Local law enforcement agencies are encouraged by the efforts to get that designation.

And a former member of the local drug task force-now Vienna’s Chief of Police-says Wood County’s location intensifies the flow of drugs in the region.

“I think the pitch to get these funds allocated for our area is our geographic location,” says Chief Mike Pifer, “with I-77 coming into Parkersburg, with route 50 through Parkersburg. That would obviously affect Washington County as well, and the surrounding counties.”

A spokesman for First District Congressman David McKinley says it could be known in as soon as a few days whether Wood County will get that designation.

The request came in a letter to the drug control policy office’s acting director.

A West Virginia senator is joining a group of law enforcement agencies requesting for Wood County to receive a special designation that would qualify the county for more federal funding to fight illegal drug trafficking.

The HIDTA designation would enable Wood County to receive federal resources to further the coordination and development of drug control efforts among federal, state and local law enforcement officials.

It also will allow local agencies to benefit from ongoing HIDTA-coordinated initiatives working to reduce drug use and its consequences across the United States.

“To end this epidemic, we must equip or local law enforcement officials with the necessary resources to combat the influx of drugs coming into our state,” Senator Manchin said. “The well-being of our West Virginia families and communities depend on ending this epidemic and it is one of my highest priorities. I am eager to work with Acting Director Baum to ensure that Wood County and other high risk communities throughout West Virginia get the resources they need to fight this epidemic.”

Here is the full text of Senator Joe Manchin’s letter to Acting Director of the White House Office of National Drug Control Policy Richard Baum, encouraging the designation of Wood County as a HIDTA County:

We write today to express our support for the efforts by a coalition of law enforcement agencies to designate Wood County in West Virginia as a High Intensity Drug Trafficking Area (HIDTA) County. By designating this county as a HIDTA county, additional funding will be allocated and local communities will be better equipped to battle the pharmaceutical and illegal drug trafficking epidemic in West Virginia.

The HIDTA program provides assistance to federal, state, local, and tribal law enforcement agencies in areas identified as critical drug-trafficking regions of the United States. In other areas of West Virginia, we have seen firsthand how the HIDTA program has made a tremendous difference. That is why, in both the U.S. House of Representatives and U.S. Senate, West Virginia’s Members of Congress have been steadfast and vocal supporters of robust funding for this program.

Wood County has a unique set of circumstances that would make additional funding for the local drug task force especially useful. The following criteria make this area of the state particularly deserving of a HIDTA designation:

2. Wood County has a unique geographical location that is only hours away by vehicle from numerous major U.S. Cities on the East Coast and in the Midwest. Wood County faces threats from drug trafficking organizations that have ties to large metropolitan areas such as Chicago, Detroit, Columbus, Pittsburgh, and Cleveland. Law enforcement in the area has noted an increase in individuals that do not live in the area forming local distribution organizations.

4. Wood County’s drug-related overdose deaths have risen by 260% from 2010 to 2016. In 2016, Wood County ranked 5th in the state for fatal overdoses, according to the West Virginia Office of Vital Statistics. The counties that ranked first, second, third, and fourth have already been designated as HIDTA Counties.

5. The Mid-Ohio Valley, which includes Wood County, is a significant source of heroin, cocaine and pharmaceutical drug trafficking. Five other counties in North Central West Virginia have also been designated as HIDTA counties because of the heavy drug trafficking throughout the area.

The Parkersburg Violent Crime and Narcotics Task Force, consists of entities such as the West Virginia State Police, the Wood County Sheriff’s Office, the Parkersburg Police Department, the Vienna Police Department and the Williamstown Police Department and possesses the determination to respond aggressively to this urgent crisis. The additional funding that a HIDTA designation would bring to Wood County would provide a tremendous boost to the Task Force’s tireless efforts, help fund longer-term and broader-scoped drug investigations and benefit communities and citizens not only in West Virginia, but the entire Mid-Ohio Valley region.

Thank you for your support of our state’s efforts to fight back against this drug epidemic. The attention and federal resources that you and your staff have provided to our state does not go unnoticed and is much appreciated.